Stamps of Cuba: Who Owns Martí? 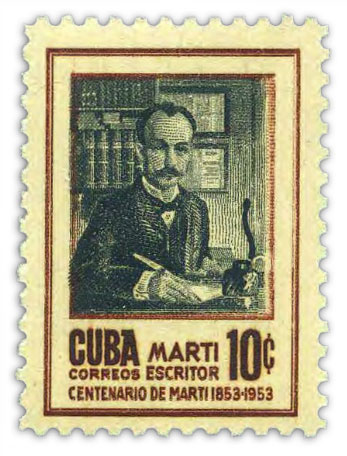 Most nations have a person who has been extremely important for their future political development. Gandhi in India, Garibaldi in Italy and Lincoln in the USA are some examples.

In Cuba this person is not Fidel Castro but José Martí (I certainly do not wish to diminish the importance of Castro but this article deals with a much earlier period in Cuban history).

José Martí was born on 28 January 1853 in a house located at Calle Paula no. 41 in Havana. At that time the Caribbean island was a Spanish colony along with the nearby island of Puerto Rico. All the former Spanish colonies in America had achieved independence in the early decades of the 19th century. In Washington, the USA government declared in 1923 that the entire continent was part of the US sphere of influence. Today this declaration is known as the Monroe doctrine. 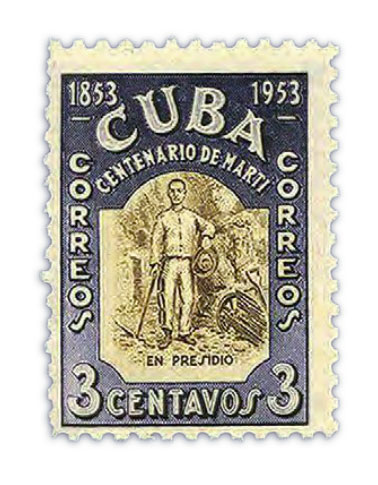 Martí has been described as a politician, journalist, philosopher and poet and he was certainly very active in all these fields.

Both his parents came from Spain but despite this strong connection with the motherland Martí felt that Cuba needed complete independence from Spanish rule. At the age of 16, he was arrested in 1869 after having c1iticized a friend who had enlisted in the Spanish colonial army. In 1870, he was sentenced to six years of hard labour. For a while he was imprisoned on the Isla de Pinos (today known as the Isla de Juventud).

The experiences from the Cuban prisons resulted in a pamphlet called “El Presidio Político en Cuba” (“The Political Prison in Cuba”). It was published in 1869 and it was extremely critical of the ruthless Spanish rule on the island.

Somehow Martí’s parents managed to get him deported to Spain in 1871. There he studied at the universities of Madrid and Zaragoza. After finishing his studies he returmed to America and Mexico in 1875. That’s where he met Carmen who was to become his wife. 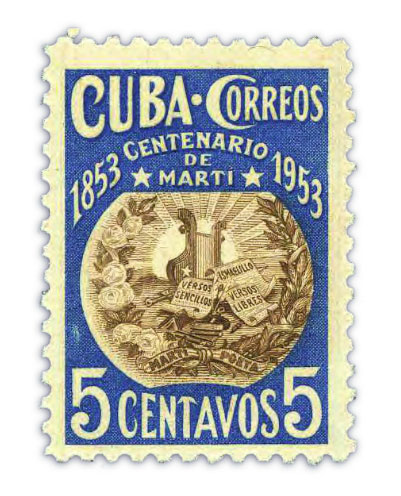 During the 1880-1890 period he was mainly working as a journalist based in New York and other cities. He was also very active in the Cuban revolutionary movement and took part in the creation of political parties and other revolutionary groups. He also found the time to devote himself to poetry; in many ways he was the predecessor of Nicaraguan poet Rubén Darío and other modernistic Latin Ame1ican writers.

In 1891, he wrote an essay called “Nuestra América” (“Our America” in English). In it he expressed his political aspirations for Cuba: national unity, the end to Spanish colonial rule and a strong warning against US expansionism in the Caribbean and the rest of Latin America.

After many years of political work and military preparations, José Martí landed on Cuba on 11 April 1895. He was soon able to join the rebel army; he was not really a soldier and his health was rather poor. At the battle of Dos Ríos on 19 May 1895, José Martí got away from the main party of the rebel army and he was killed by enemy fire.

José Martí soon became a national hero on Cuba. There are even two different burial monuments in his honour. They were both pictured on a long series of Cuban stamps issued in 1953 marking the centenary of his birth. 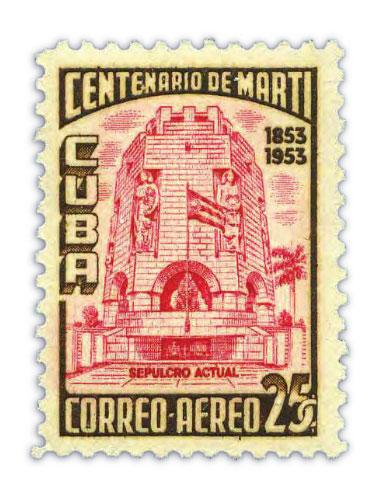 During his entire career Martí had warned against the United States expansionist plans. In 1898, the USA defeated the Spanish army in Cuba after a short war and the island was then ruled from Washington for a number of years. Cuba finally became an independent republic in 1902. The very first Cuban postage stamp showing the likeness of José Martí was issued in 1917.

The 1953 commemorative issue included no less than 21 different stamps. They are devoted to the life and work of Martí. Some are shown nearby to illustrate this story. It was in many ways a magnificent set of stamps. They were all engraved issues of the highest calibre. Rather interestingly they were released at a time when General Fulgencio Batista was the dictator of Cuba closely collaborating with Washington politicians and the North American mafia.

In 2003, the 150th birth anniversary of José Martí was celebrated on Cuba and elsewhere. Cuba issued a long set of 14 postage stamps and a souvenir sheet in memory of its great son in 2004. On one of the stamps we see José’s in other Leonor and the Calle Paula birthplace. Another stamp depicts Jose with his son José Francisco who later had a very successful military career.

Modern Cuban stamps are offset printed which of course means that they lack the classy appearance of earlier issues. Unfortunately many postal administrations no longer issue engraved stamps; they apparently feel this is too costly. 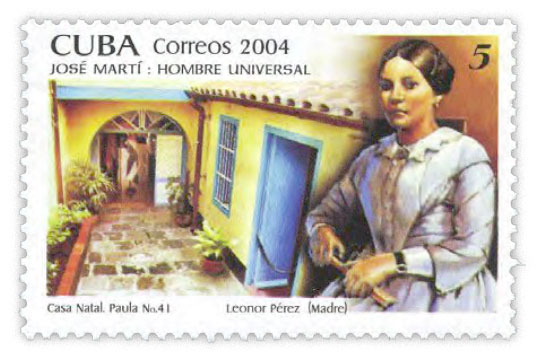 José Martí has been featured on numerous Cuban stamp issues ever since 1917. Readers who would like to form a thematic collection devoted to the life and work of the “Cuban Apostle” have a lot to choose from.

In 1985, the US government apparently felt that the broadcasts in Spanish from the Voice of America in Washington did not suffice for the people of Cuba. It was decided to create a special radio station in Miami to broadcast day and night to a Cuban audience. The new station uses shortwave and medium-wave transmitters to cover the island. Washington created an Office of Cuba Broadcasting to administer the operation. Today the financing comes from the Broadcasting Board of Governors (BBG) which was set up in 1999 to fund the many USA radio projects targeting different parts of the world. 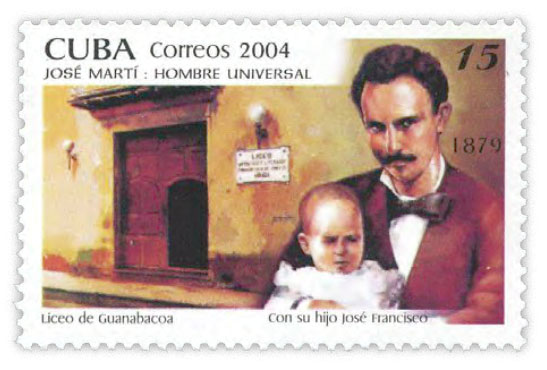 The Cuban authorities were far from happy with the new station and immediately started blocking Radio Martí’s frequencies. In the AM band, Radio Martí broadcasts on 1180 kHz. On exactly the same frequency, the Cuban telecommunications authority has placed a number of powerful Radio Rebelde transmitters effectively blocking the signals from Florida.

As can be seen from the above, there are two sides making claims to the legacy of José Martí. Those who oppose the government in Cuba feel that they follow in the footsteps of the great Martí.

Fidel Castro and the Cuban Communist Party see the Cuban revolution as a continuation of Martí’s struggle for liberation. The thinking here is that the USA has simply replaced Spain as the colonial power.

Who owns Martí? This is something which I leave to my readers to decide. Regardless of our choices we need to remember his enormous importance for the liberation struggle in Cuba and the rest of Latin America.